You are here: Home / Our Firm / Advisory Board / Bio – Marc Spilker 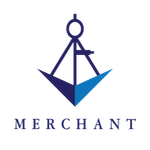 Marc Spilker is an Executive Chairman of Merchant, a Founding Member of GPS Investment Partners, LLC and the Chairman of Chiron Investment Management, LLC. From 2010 to 2014, Mr. Spilker was President of Apollo Global Management and a member of the firm’s Executive Committee. In 2010, prior to joining Apollo, Mr. Spilker retired from Goldman Sachs following a 20-year career with the firm. At Goldman he served as co-head of the Investment Management Division (IMD) and was also a member of the firmwide Management and Risk Committees.

Mr. Spilker is a board member of the University of Pennsylvania’s Wharton Undergraduate Executive Board, iSentium, LLC, Maxim Capital Group, LLC, The New 42nd Street, Inc., The Samuel Bronfman Department of Medicine Advisory Board at Mount Sinai School of Medicine and the Advisory Board for Mount Sinai’s Institute for Genomics and Multiscale Biology. Additionally, he serves on the Third Way Board of Trustees, where he is the Founder of Third Way’s Capital Markets Initiative, is a member of the Social Finance, Inc. Advisory Council and chairs the RFK Leadership Council at the Robert F. Kennedy Center for Justice and Human Rights.

Mr. Spilker received the Robert F. Kennedy Ripple of Hope Award in 2010 and is a recipient of the 2016 Wharton Alumni Award for Distinguished Service. He is a committed supporter of independent public affairs documentaries and has provided funding for three prime time PBS specials, all of which received critical acclaim and numerous awards. These films include Anti-Semitism in the 21st Century: The Resurgence (PBS 2007), Jerusalem: Center of the World (PBS, 2009), and The Jewish Journey: America (PBS, 2015). Mr. Spilker also supported an independently produced documentary short about the life of pianist Byron Janis and a five-part media series for The New 42nd Street, Inc.

Mr. Spilker graduated with a B.S. in Economics from the Wharton School of the University of Pennsylvania.